The dams control the annual floods, have increased cultivable land by 30%, and provides approximately half of Egypt’s power.

The dams are of such strategic importance to the Egyptian people that the National Research Institute of Astronomy and Geophysics (NRAIG) invested in structural monitoring technology in order to record seismic activity in the area and to study its effect on the structures of the Aswan Old Dam and Aswan High Dam.

REF TEK was awarded the contract in 2011 to design, supply and commission a strong motion instrumentation network for both dams.

The network was installed with the support of our sole Egyptian agent, Noor Scientific & Trade.

The British began construction of the Old Dam in 1899 and it was completed in 1902. It is a gravity dam, 1900 meters long and 54 meters high. When the Old Dam almost overflowed in 1946, a second Dam was built rather than raise the Old Dam for the third time. The Old Dam is located approximately 10 Km from the main data center. 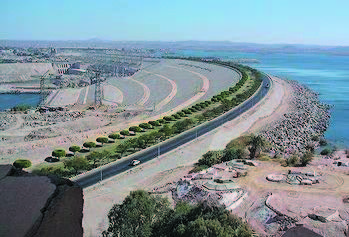 The Aswan High Dam, is a huge rockfill dam, located north of the border between Egypt and Sudan. Sitting in the world’s third largest reservoir, Lake Nasser, the High Dam captures the world’s longest river, the Nile River. The Dam, known as Saad el Aali in Arabic, was completed in 1970 after ten years of work.

The Aswan High Dam is a massive structure containing 18 times the material used to build the famous Pyramid of Cheops at Giza. It is 11,811 feet (3,600 meters) long, 3,215 feet (980 meters) thick at the base and 364 feet (111 meters) high above river level. The High Dam is located approximately 4 Km from the main data center.

The Aswan Dams benefit Egypt by controlling the annual floods on the Nile River thus preventing the damage which used to occur along the floodplain. It increased cultivable land by 30% and provides about a half of Egypt’s electrical power.

Due to the extreme importance and strategic nature of this infrastructure, NRIAG and the Aswan and High Dams Authority (HADA) decided that an array of strong motion accelerographs should be installed to record seismic activity in the area, in order to better monitor and study its effect on the structure of the Dams.

NRIAG’s criteria for the strong motion array consisted of: 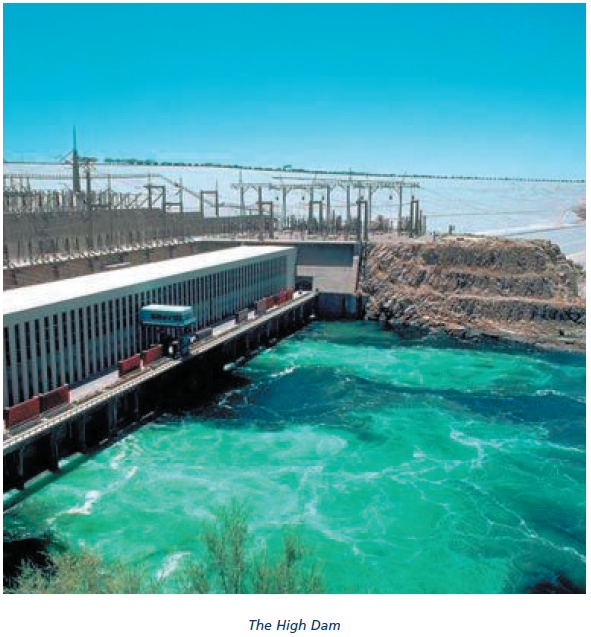 REF TEK together with our sole Egyptian agent, NOOR Scientific & Trade, installed five low noise high resolution strong motion recorders (Model 130-SMHR); four in the High Dam structure, and one (free field station) located on bedrock at the North side of the Dam base. The illustration below shows the layout of the array inside the dam. The High Dam has 3 galleries (tunnels) inside the Dam body. Each tunnel is about 1500 meters deep. The upper gallery contains two 130-SMHRs plus one at the entrance to the gallery, and the southern lower gallery has one 130-SMHR. The fifth 130-SMHR is externally located on the crest of the dam. 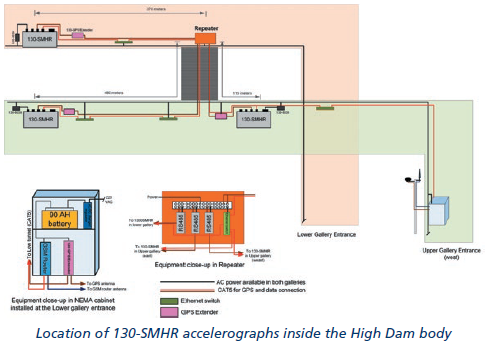 The 130-SMHR Strong Motion Accelerograph (which combines the 130-01 broadband seismic recorder and an internal low-noise forcebalance triaxial accelerometer) was the perfect fit for this application. The 130-SMHR provides accurate and timely data and information for seismic events, including their effects on buildings and structures by employing modern monitoring methods and technologies. The 130-SMHR has advanced communications features including TCP/IP over Ethernet and Asynchronous Serial. An LCD continuously displays state-of-health and status information.

The 130-SMHRs installed inside the dam body are powered by 220VAC mains power. The free field station at the North side of the dam base and dam crest are supplied by a solar energy system. The diagram below illustrates the power and communication equipment at the entrance of the two galleries at the High Dam. 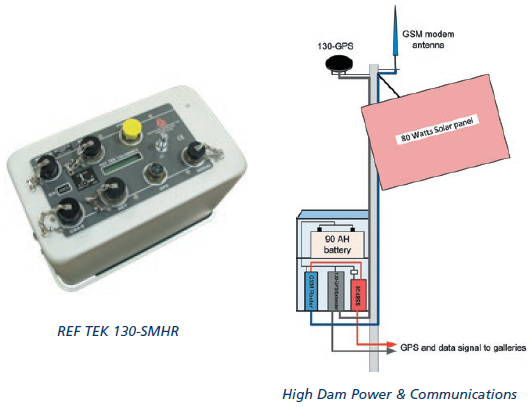 As the Old Dam does not contain galleries, a total of five 130-SMHRs were installed near the structure; one on bedrock on the ridge of the river; one at the Dam base; three at the Dam crest, with power supplied by a solar energy system. The illustration below shows the location of the instrumentation. 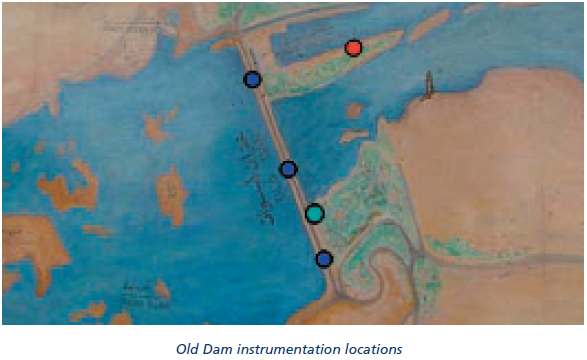 As neither internet access nor reliable land lines are available to transmit data from the remote locations inside and outside of the two Dams, GSM telecommunication technology is utilized for real-time data transmission. GSM is a proven technology for both temporary and permanent seismic telemetry network communication media. Net Module Wireless Routers are used to connect networks and sites, see diagram below.

Data from the Aswan Dams is received and processed at the Aswan Regional Earthquake Research Center. REF TEK supplied the main data processing center with two Servers (master and redundant slave) equipped with advanced software for data acquisition, data analysis and data archiving. REF TEK’s acquisition software is capable of downloading data from remote instruments automatically on trigger, and on-demand. REF TEK’s software is also capable of configuring, controlling, synchronizing the 130-SMHRs remotely as well as monitoring the state-of-health. Mission critical computers and peripherals were installed at the processing center (see diagram below).

The 130-SMHR has built-in hardware to support IP communications. The applications supported by the 130-SMHR are an FTP server, a command server and an RTP (REF TEK protocol) client. 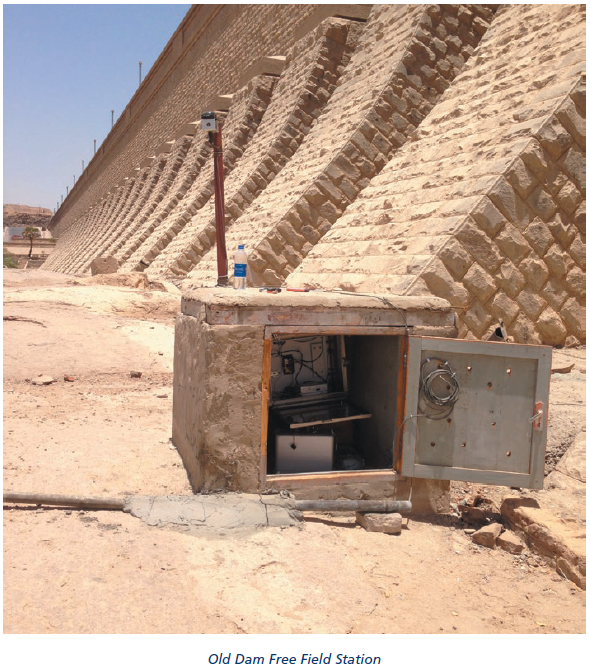 REF TEK is the leading supplier of the most advanced low-power, portable digital equipment available in the world today for structural monitoring and civil engineering applications such as high rise buildings, dams, oil platforms, and oil and gas pipelines. Instrumentation of the Aswan Dams has provided NRIAG scientists with invaluable information on the structure’s response to seismic activity based on time-lapse observations and early warnings. Using that information, field crews are enabled to accomplish rapid deployment and prioritized inspections to address the need for safe and cost-effective operation of structures.